Findings from the University of Leeds suggest that natural chemicals found in green tea (the EGCG antioxidant) may disrupt a key step of the Alzheimer’s disease pathway.

In early-stage laboratory experiments, the researchers identified the process which allows harmful clumps of protein to latch on to brain cells, causing them to die (thereby producing Alzheimer’s symptoms).  Scientists were able to interrupt this pathway using the purified extracts of EGCG from green tea.   For those of you who also enjoy a tipple of red wine, their research showed that resveratrol from red wine also had the same effect!
The University of Newcastle in the UK had similar findings and also found it may slow the growth of cancer cells.   It was previously known that green tea had these health benefits in undigested form but they conducted research to find out if it had the same benefits after digestion.  Their research showed that it did.
‘The researchers exposed cells similar to neurons to varying concentrations of toxins, as well as digested tea compounds, and the digested tea chemicals protected the cells, preventing the toxins from destroying them.

“We also saw them affecting the cancer cells, significantly slowing down their growth,” he says. “Green tea has been used in traditional Chinese medicine for centuries and what we have here provides the scientific evidence why it may be effective against some of the key diseases we face today.” ‘ 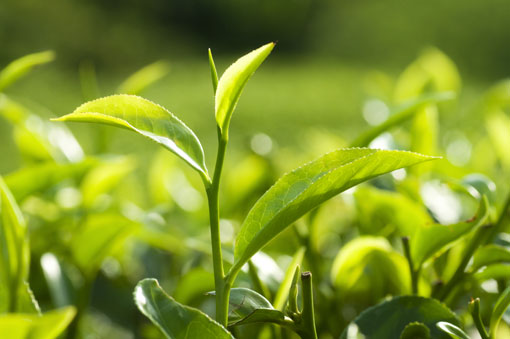 Click here to read the article from WebMed.
The University of South Florida came up with similar finding in 2005, click here for more info.
References;
2013, PRION PROTEIN-MEDIATED TOXICITY OF AMYLOID-β OLIGOMERS REQUIRES

Qi Teas are available in FoodWorks and IGA stores and in selected specialty retail stores.